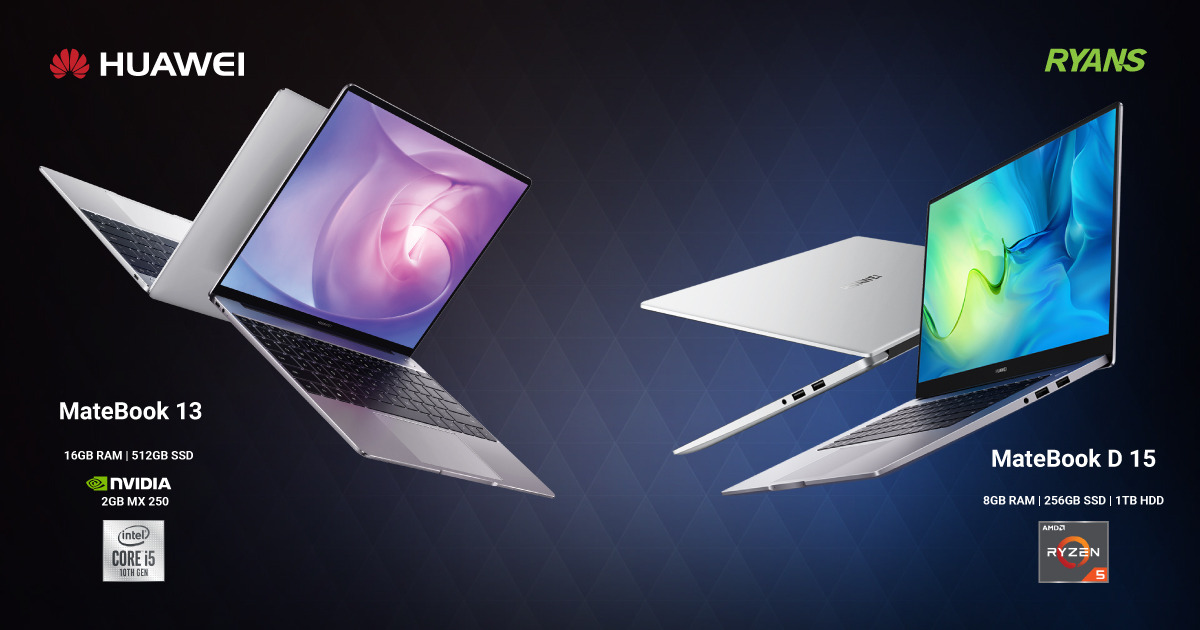 On the other hand, MateBook D15 comes with state-of-the-art technologies including AMD Ryzen 5 Processor, Radeon Vega graphics, SSD and HDD storage, and fingerprint sensors. With a 15-inch full HD display, this laptop sports 8 GB RAM and one terabyte hard drive. It is 16.9 mm in thickness and weighs

Both the devices are available at all branches of Ryans Computers. Customers can also place an order online at www.ryanscomputers.com.

© All Rights Reserved By The Daily Star 2020